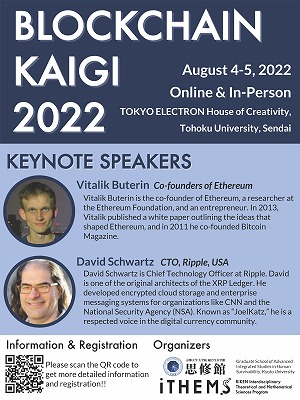 The International workshop Blockchain Kaigi (Kaigi : Meeting, Conference) aims at bringing together researchers and practitioners from various communities of science and technology working on areas related to FinTech, crypto-asset, and blockchain.

On February 17-18, 2021, the international workshop “Blockchain in Kyoto 2021 (BCK21)” was successfully held at Kyoto University with more than 200 participants worldwide. As the second edition of the conference, the international workshop BCK22: Blockchain Kaigi 2022 will be held in Tohoku University, Sendai on August 4-5, 2022. We are looking forward to your registration for general lectures. There is no fee to attend.

Authors are encouraged to submit theoretical and/or applied articles on their research related to Blockchains in general.

Topics of the conference include but are not limited to the followings:

Hybrid conference: Those who wish to come to the conference are welcome to the following venue:
TOKYO ELECTRON House of Creativity, Tohoku University, Sendai, Japan
https://www.tfc.tohoku.ac.jp/about_us/contact_and_access.html
On-line presentations and discussions are also welcome.

* Online registration will be available on August 4 and 5 of the day of workshop, however, please register by 12:00 pm on the both dates. The Zoom URL will be sent to you when the registration is completed. 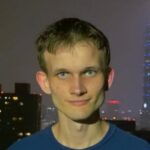 Vitalik Buterin is the co-founder of Ethereum, a researcher at the Ethereum Foundation, and an entrepreneur.
In 2013, Vitalik published a white paper outlining the ideas that shaped Ethereum, and in 2011 he co-founded Bitcoin Magazine. He is a dog lover. 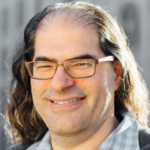 David Schwartz is Chief Technology Officer at Ripple. David is one of the original architects of the XRP Ledger. Prior to joining Ripple, David was Chief Technical Officer for WebMaster Incorporated, a Santa Clara software developer. He developed encrypted cloud storage and enterprise messaging systems for organizations like CNN and the National Security Agency (NSA). Known as “JoelKatz,” he is a respected voice in the digital currency community. 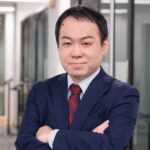 Shinichi Yamashita is involved in the technical development, evaluation and business application of advanced technologies at NTT Data.
Worked to ensure stable operation of advanced technologies such as open source platforms and big data.
He started blockchain-related activities in 2016; he set up a blockchain promotion structure within NTT Data and is working with colleagues around the world to create new businesses globally. 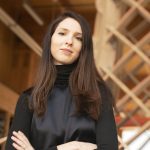 Dr. Dorit Aviv is an Assistant Professor at the University of Pennsylvania’s Weitzman School of Design, where she directs the Thermal Architecture Lab, an interdisciplinary laboratory focused on energy and ecology.
Aviv leads research on connecting IoT sensors to a blockchain network for energy and environmental monitoring. The network allows for individual-level measurements of energy consumption and environmental performance for opt-in users.
A recipient of a 2020 Holcim Award for Sustainable Design and Construction, Aviv’s current projects also include a combined evaporative and radiative cooling prototype for desert climate, development of radiant cooling for hot-humid climates, and indoor environmental quality control and assessment technologies. Her work has been supported by grants from Microsoft, the U.S. National Science Foundation, and the Tides Foundation. She has published in leading scientific journals such as *Applied Energy*, *Energy & Buildings*, *Indoor Air*, and* Urban Climate.* She holds a Ph.D from Princeton University in architectural technology. 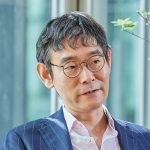 Masaki Bessho is Head of FinTech Center, Bank of Japan, since September, 2021, after serving as Associate Director-General of Payment and Settlement Systems Department, Deputy Chief Representative for Europe, and Head of Financial Infrastructure Studies Division. He has represented the Bank in a number of digital currency/FinTech related international forums including the group of central banks, and the Bank for International Settlements, to explore CBDC. He received an LL.M. from the University of Virginia (1999) and an LL.B. from Kyoto University (1994). He is admitted to practice law in the State of New York.

Professor, Applied Mathematics in the School of Mathematical Sciences of Queen Mary University of London 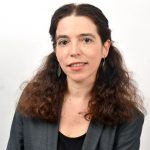 Ginestra Bianconi is Professor of Applied Mathematics in the School of Mathematical Sciences of Queen Mary University of London and she is Alan Turing Fellow at the Alan Turing Institute.
Currently she is Chief Editor of JPhys Complexity, Editor of PloSOne, and Scientific Reports, and Entropy. In 2020 she was awarded the Network Science Fellowships by the NetSci Society.
Ginestra Bianconi is a network scientist and mathematical physicist, known for her work on statistical mechanics, network theory, multilayer and higher-order networks, and in particular for the Bose-Einstein condensation in complex networks. She is the author of the book *Multilayer Networks: Structure and Function *by Oxford University Press and *Higher-order networks: An introduction to Simplicial Complexes* by Cambridge University Press. 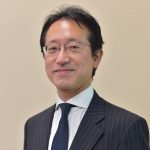 Graduated from the Tokyo Institute of Technology with a Bachelor’s degree in Engineering and a Master’s degree in Science and Engineering from the same university.
Worked for Andersen Consulting (now Accenture) in various consulting assignments for domestic and foreign financial institutions (banks, securities, trusts, etc.). 2000 Co-founded a financial systems venture, developing and providing internet trading systems and back-office systems for securities companies. 2007 The company became part of the SBI Group and participated in the launch of several financial businesses in SBI Group’s overseas offices (e.g. entry into the internet financial business through joint ventures). 2016 The Blockchain Promotion Office is established in SBI Holdings, where he is appointed head of the office and is involved in the launch of multiple blockchain-related businesses in the SBI Group. 2019 SBI R3 Japan, a joint venture with US company R3, is established and he is appointed CEO. 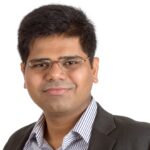 Professor Aniket Kate is an Associate Professor in the computer science department at Purdue University. He is an applied cryptographer and a privacy researcher. His research builds on and expands applied cryptography, distributed computing, and data-driven analysis to solve security/privacy problems in decentralized environments.
He is currently on a research leave from Purdue and working as a Chief Research Officer at Supra Oracles (a blockchain startup).
His current projects focus on developing scalable solutions for blockchain and inter-blockchain communication.

Professor, Department of Mathematics at University at Buffalo 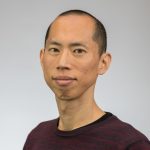 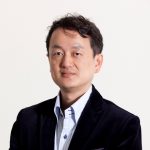 Hitoshi Okada is an Associate Professor at the National Institute of Informatics (NII). He got his Bachelor of Public Law (LL.B.) and Bachelor of Private Law (LL.B.) from the University of Tokyo. He got his Ph.D. from Osaka School of International Public Policy (OSIPP) at Osaka University. He was a chair of the IEEE Society on Social Implications of Technology Japan Chapter (SSIT-J). He is a Board member of the Japan Society for Information and Management (JSIM). He is a member of the Japan Domestic Committee of ISO/TC 307 Blockchain and Distributed Ledger Technologies.
https://researchmap.jp/hokada?lang=en

Talk title：Persistent homology and its applications 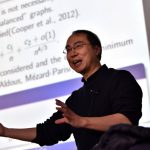 Tomoyuki Shirai is a Professor in the Institute of Mathematics for Industry (IMI) at Kyushu University.
After receiving his PhD in Mathematical Sciences from the University of Tokyo in 1996, he was an assistant professor at Tokyo Institute of Technology, an associate professor at Kanazawa University, and associate professor and professor at Faculty of Mathematics in Kyushu University, and joined IMI in 2011 when it was launched.
His research interests covers various areas of probability theory, stochastic processes and their applications, including a foundation of determinantal/permanental point processes, random analytic functions, random walks and discrete spectral geometry on graphs, application of Ginibre point process to wireless networks, persistent homology from the probabilistic point of view.
He received the 2016 Outstanding Paper Prize in JMSJ (the Journal of the Mathematical Society of Japan). He is a member of the MSJ and serves on the editorial boards for JMSJ and International Journal of Mathematics for Industry.

Talk title: “The Complexity of Blockchains: From macro-economic functioning to consensus” 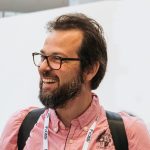 Professor Claudio J. Tessone heads the Blockchain & Distributed Ledger Technologies group at the University of Zurich (UZH). He is also co-founder and Chairman of the UZH Blockchain Center.
He studies blockchains as a paradigm of socio-economic complexity: linking microscopic agent behaviour, incentives (placed on purpose or inadvertently) and interactions with their emergent properties. The main pillars of his research include: consensus analysis and modelling (looking at the quality of consensus achieved in real-world situations, the effects of incentives and inequality effects of reward distribution), cryptoeconomics inequality, centralisation, asset circulation and hoarding), large-scale blockchain analytics and forensics, design of token-based economies.

Talk Title: “The future of Metaverse Continuum and Web3” 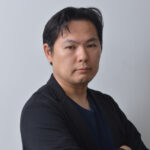 Keisuke Yamane is the head of the technology architects group (approx. 2,000 members).
The group is an enterprise agile and SCRUM team collective that enables DX and a group of NEW-IT experts in DevOps, Cloud, AI, RPA, Testing Automation, etc.
He has mainly managed projects in the field of SI development in the financial industry and large-scale programmes such as system renewal/merger/integration.
His areas of responsibility range from promotion lead for large scale programmes of 100 billion to SCRUM master in agile development.